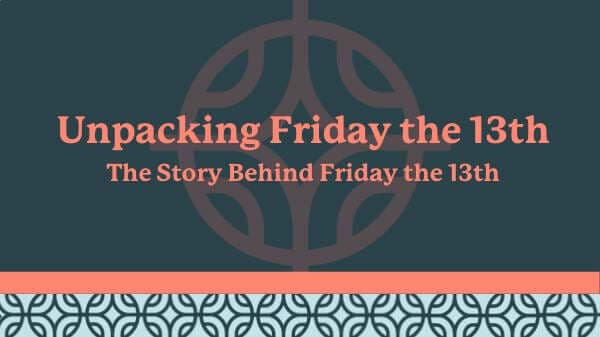 The Story Behind Friday the 13th

There is no one specific juncture in history that can be pinpointed to explain why Friday the 13th is considered a day of such bad luck. It’s more of an accumulation from several points, stories, and happenings in our history which very slowly, over the many centuries, propagated this widely feared and supposedly inauspicious day. Maybe it’s time to unpack the mysteries around Friday the 13th and start turning the negative connotations into a day to celebrate and look forward to. After all, in Norse mythology the Germanic people, which encompassed Austrians, Dutch, English, Flemish, Danes, Germans, Norwegians, Icelanders, the southern parts of Scotland, Swedes, Norwegians, and Afrikaners, named Friday after Frigga, the Goddess of love, marriage, and fertility.  The British named Friday after their Goddess Freyja who represented wealth, war, magic, and wisdom. Originally, in all of the Norse Tribes, the weekdays were named after the gods: Thor, Woden, and Tyr. Friday is the only day of the week named after Goddesses, Frigga and Freyja.

Prior to the influence of Christianity, Fridays were considered the day of venus, a day to celebrate the divine feminine or, “The day of the Goddess.” Fridays were celebrated by admiring beauty, creation, creativity, gardening, fertility, connecting with the community through positive interactions and deeds. It was a day to explore wisdom through poetry, reflect on the prior week and to take the day off as we now do on Sundays. It was a day to nourish yourself and spend time with matters of the heart. Essentially, Friday was the day of leisure, family, laughter, and connection. Sunday, or Sunnandæg, originally named by the Anglo-Saxons, who were a mixed tribe coming out of Germany, the Netherlands, and Denmark that settled in England around the fifth and sixth centuries, was considered “The Day of the Sun or God(s)”.

Since Friday was called “The Day of the Goddess” it was considered a day to celebrate the feminine energy and thought of as a powerful day. The rise of the Roman Catholic Church vehemently discouraged this. According to the Roman Catholic Church Doctrine at the time, women were forced to be chaste and subservient to their male counterparts, not only to avoid their own demise to sin, but to keep them from tempting men into having sinful thoughts which would inevitably turn to sinful actions. This meant that anything pertaining to a “Goddess” was not only blasphemous but considered the work of the devil. For this reason, thousands of women and men of the old pagan religions were tortured and burned at the stake.

If we pull in the aspects of the number 13 together as related to women, there are 13 moon cycles, and women experience 13 womb cycles. This may be another reason why Friday and 13 may have been considered bad luck or an evil day. During this time in history, the church became very misogynistic due to the need to enforce their doctrine, keep the common folk in line, and have the unconditional ear of all Europe’s monarchs. The idea of polytheism and a hierarchy of Gods and Goddesses was considered heresy and a strictly forbidden practice.

More on the Number 13

In Numerology, 13 is associated with transition and change; it’s about death which is represented by transformation and rebirth. This causes a lot of fear as people associate change negatively with the unknown. On one hand the unknown can and will invoke fear, but it also represents tangible outcomes manifested through creative planning, goal setting, and setting foundations for material, personal, and spiritual development.

You’d be surprised at how often the number 13 was used in our country of origin; our forefathers here in the United States didn’t seem to have any issue with the controversial number. We started with 13 colonies: the original flag had 13 stripes and was accompanied by 13 stars. They also set firm foundations through the constitution and created a powerful, thriving nation that includes 13 stars and 13 arrows in The Great Seal of The United States.

13 is also a prime number. A number greater than one that can only be divided by itself and one, making it the building block of all numbers and and has been known to be very mysterious.

“The primes have been known since early antiquity and fascinated the ancient Greeks, who marveled at their nature. What is interesting about prime numbers is that they become rarer as we progress through the integers.”
– HUFFPOST

Yet throughout the course of history the number 13 has attracted more negative overtones than anything positive, especially in the United States. One of our own presidents, Theodore Roosevelt was said to have avoided the number 13 like the plague, he would refuse to dine at a table if there were exactly 13 guests, he always asked how many guests would be invited. If there were 13 he made one of his staff members join him, usually his secretary. Whitehouse meetings and trips were never scheduled on Fridays, especially not on a Friday the 13th.

Other unfortunate events that occurred on a Friday, including the number 13th went as far back as biblical times:

Interestingly enough, Friday the 13th, especially the number 13, is considered a real phobia. In the early 1900 the phobia was officially named Triskaidekaphobia. Although the origins cannot be officially tracked, it is a common belief that the massacre of the Knights of Templar is where the myth of Friday the 13 first originated.

Today, Triskaidekaphobia (although most may have never heard of the actual name of this phobia) is widely accepted:

Allowing for a Paradigm Shift

Right now, in this 21 century, we are experiencing monumental shifts and changes at an incredibly expedited rate. The parallax of paradigm shifts are happening everywhere and in every corner of the globe. Although Triskaidekaphobia is a real phenomenon to some people, the question is:

As we move more and more into a culture of self awareness and self accountability, we are also moving into the need to recognize our shadows and to face that which is sometimes too difficult to accept or acknowledge about ourselves. To embrace our shadows is about moving past our self-imposed, limiting beliefs, and ideas, and bringing to light that which has been hidden which now demands to be exposed. In short, at some point in every life, the soul demands to expand and grow.

We are free will, and free choice beings. We get to choose what we want to embrace and what we want to leave behind. So having said that, what if you decided to believe that Friday the 13 was a really auspicious day and nothing but wonderful things can come into fruition for you if you chose to ask for it on this particular day?

What if you consciously chose to take the time to prepare to invoked the feeling of prosperity, joy, happiness, and forgiveness prior to those rare days called Friday the 13th, then set out to take the day off, have a picnic, spend the day with family and friends, light candles of intention, or if you can’t take the day off, then what if you came into work with fresh flowers and something unexpectedly wonderful for your co-workers like a box of chocolates or donuts and wished everyone a very happy Friday the 13th?

Here’s a bit of truth: The slightest shift in conscious awareness or perception ripples out and has the power to change EVERYTHING, sometimes it can happen in an instant, simply instigated by fresh flowers, a box of chocolates, and donuts! This happens because you aren’t limited by your beliefs. Once you open yourself consciously to shift beliefs systems that no longer serve you, you will inevitably shift your own destiny and what that will be.

Maybe it’s time to reconsider and celebrate this next Friday the 13th.

Download our Guidely Community App to dig deeper into your own self-discovery! 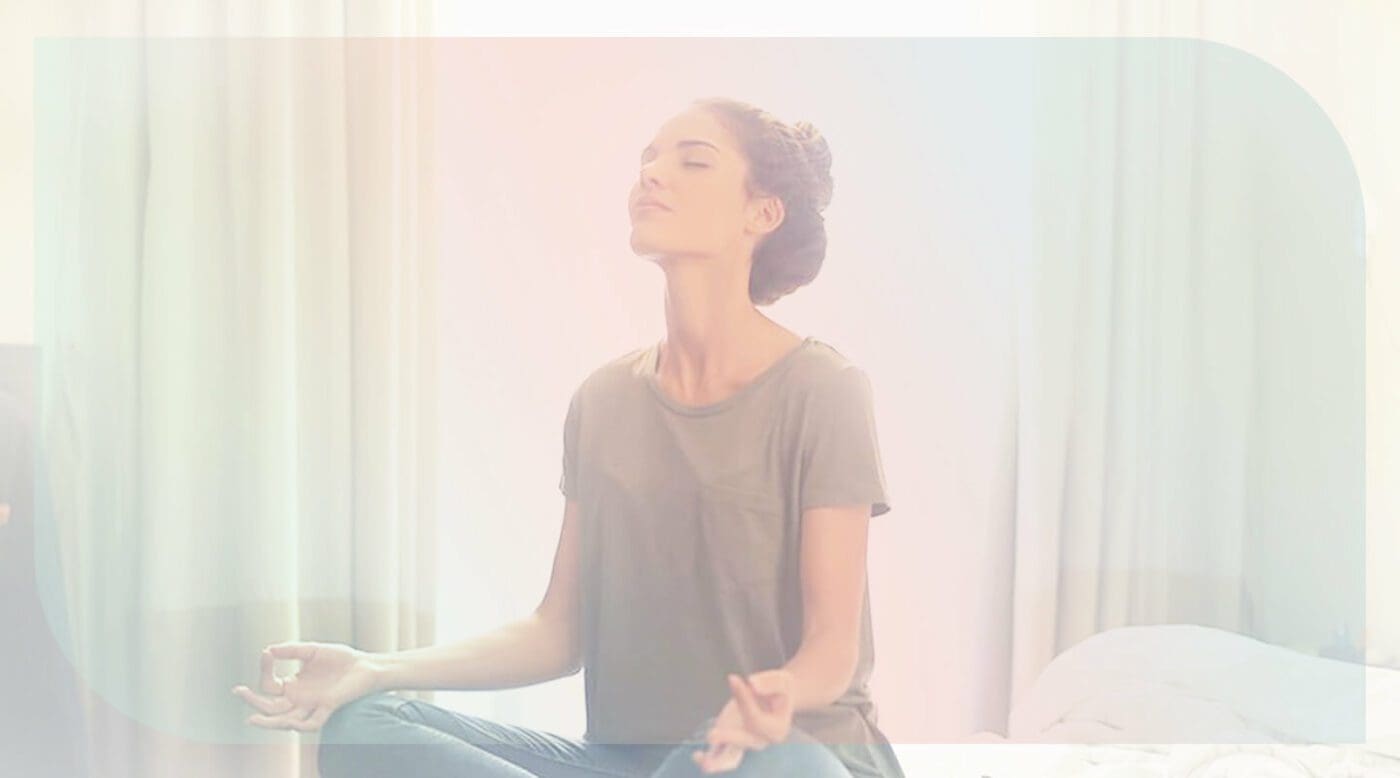 By Deryn Higgins, Mh.D IPHM  / Guidely The majority of the stress and anxiety caused within is about matters that are going on in the 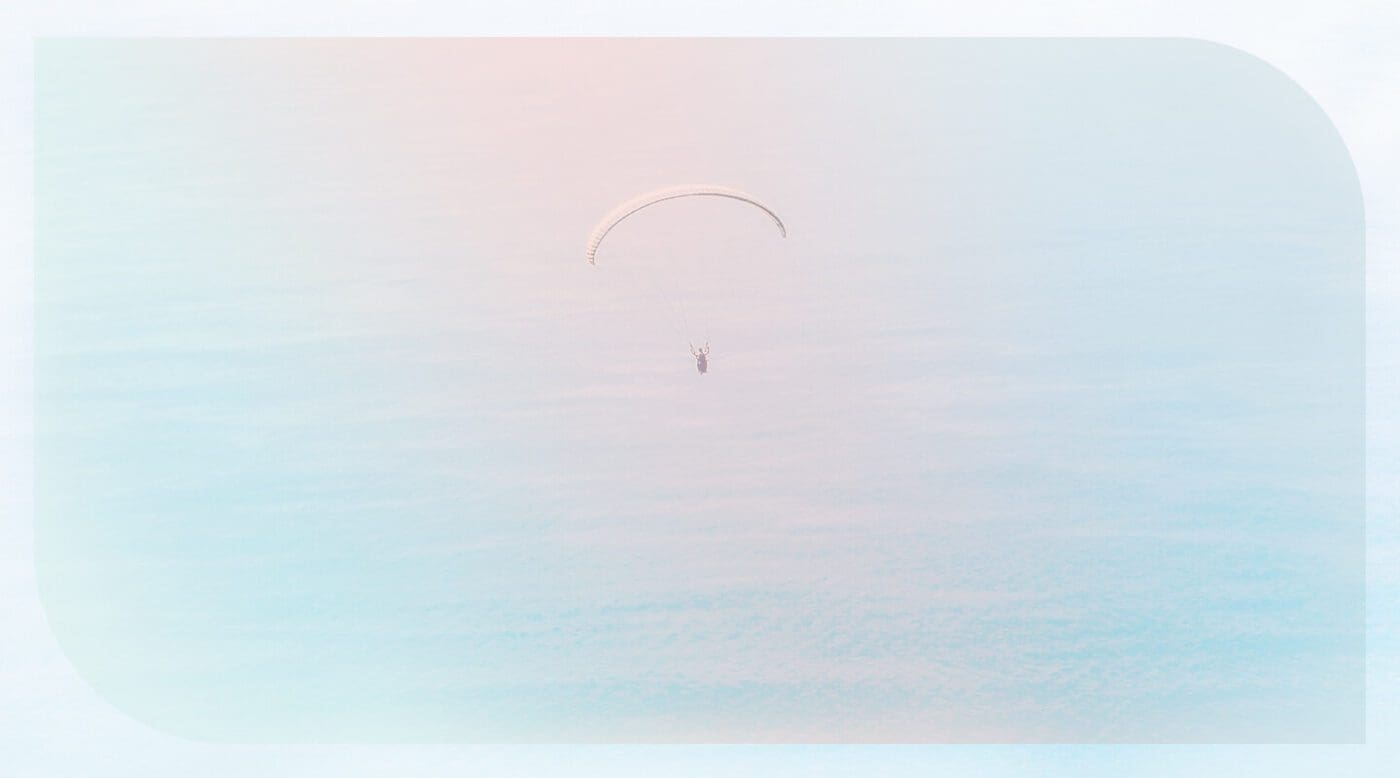 Get Rid of Your Limiting Beliefs in 4 Steps

Are you a mentor, coach, counselor, or healer? Do you ignite personal and spiritual growth in others?

Let us help you share your gifts with our community.

Become a Guide
Are you a mentor, coach, counselor, or healer? Do you ignite personal and spiritual growth in others? Let us help you share your gifts with our community. Learn more

Our team is dedicated to accelerating transformation and personal growth for our members by connecting them to the right Guides and providing them with a supportive community.

Meet Team Guidely
Our team is dedicated to accelerating transformation and personal growth for our members by connecting them to the right Guides and providing them with a supportive community. Learn more
hello@guidely.com

“I started working with Dr. Froswa after joining the Guidely community. Dr. Froswa is a guiding light and supportive influence in my life!

Dr. Froswa has the propensity to facilitate the growth I am seeking. She is a perceptive listener, compassionate and genuinely empathetic to how I show up in conversation. Each session she assists in developing my needs, goals and potential. I feel the growth that has taken place within myself. I am realizing that I have presence, purpose and attainable fruition of my passions. The relationships with my children are growing in a healthy and meaningful way. The relationships that are not supportive of the healthy choices I make are in a process of redefining themselves.

I feel secure, renewed, and inspired after each encounter.

Always looking forward to the next session!”