Stuck in a Negative Thought Loop? 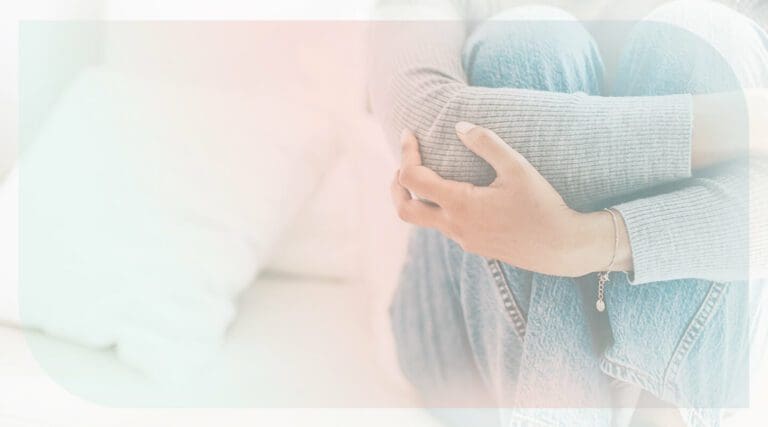 It’s natural to reflect on painful experiences from the past and worrisome scenarios in the future. Done well, such reflections can help us learn from the past and prepare for the future. But, done poorly, we can end up replaying the same distressing scenes in our head over and over again – becoming even sadder, angrier, or more agitated, every time we do. That’s when we get stuck in a negative thought loop.

Psychologists use the term “brooding rumination” to describe this pattern of obsessively thinking about a scenario, situation, or choice.

The urge to ruminate and brood can strike at any moment, taking over our thoughts when we’re commuting to work, in the shower, making dinner, or trying to get our work done. It’s intrusive and it’s unproductive. No matter how much we brood, there’s no movement toward accepting and moving on, we don’t get closer to a viable solution, and we feel worse than when we started. Before we know it, our mood is ruined and our emotions feel rawer than ever. 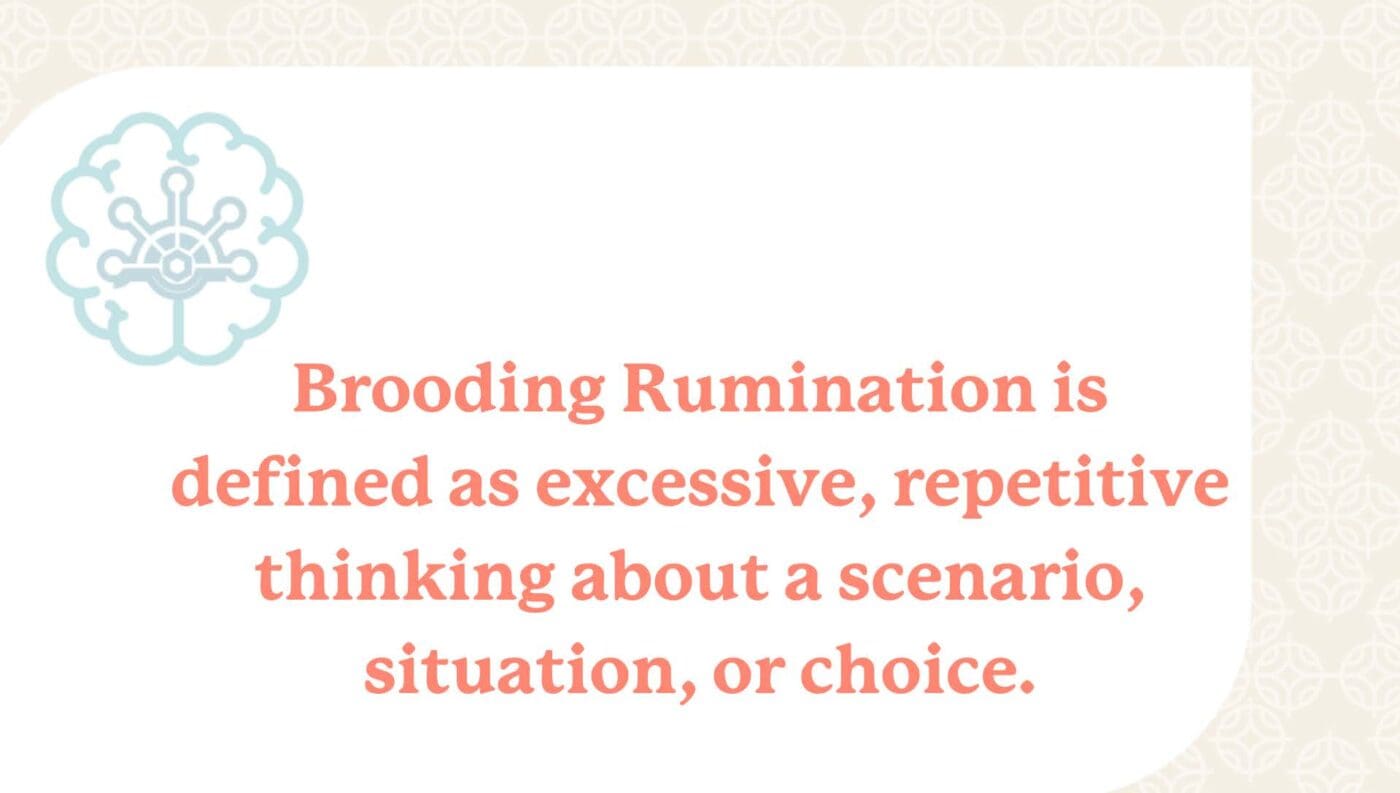 And it’s unhealthy. It interferes with our ability to engage in daily tasks, solve problems, concentrate, relate to others, and experience pleasurable emotions such as gratitude and joy. Left unchecked, brooding rumination can lead to negative thinking, depression, anxiety disorders, substance abuse, eating disorders, and self-harm. There’s even evidence that it can contribute to hypertension and cardiovascular disease. It’s not something you want to engage in. So, how do you pull yourself out of this negative thought loop? 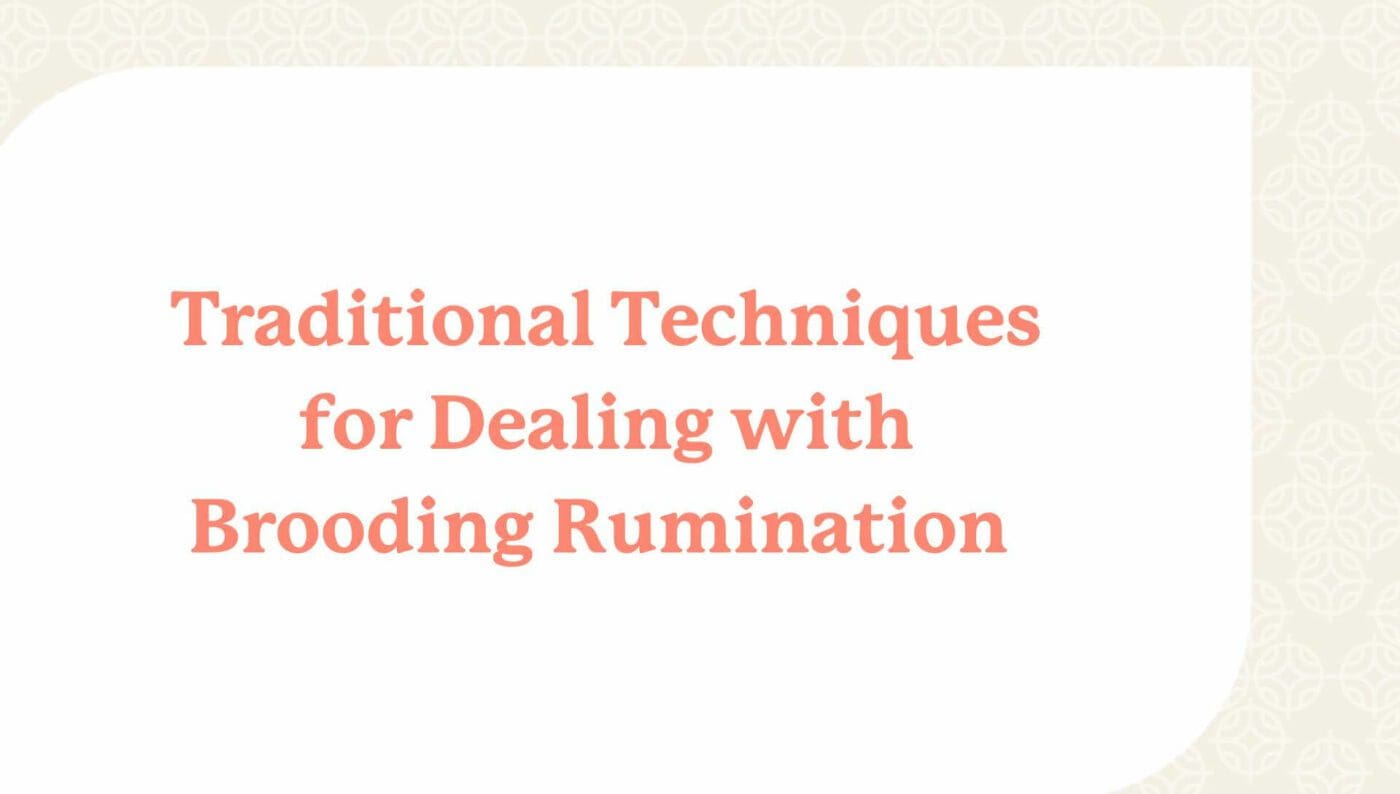 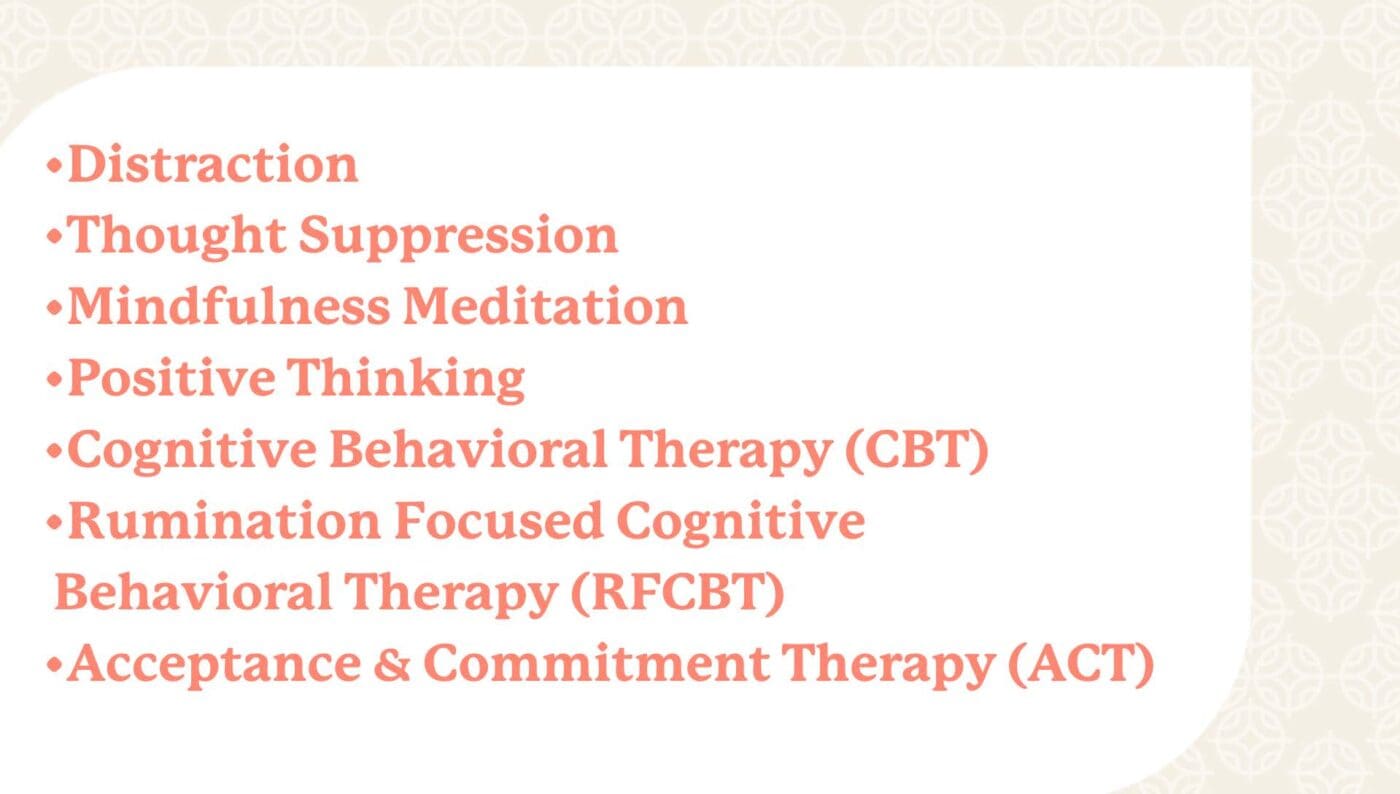 The bad news is that, while all of the traditional techniques for resolving brooding rumination tend to provide some short-term relief, none of them have been found to work particularly well.

The good news is that recent research regarding the root cause of brooding rumination has led to the development of a groundbreaking technique that nips brooding rumination in the bud while making it less likely that it will reappear in the future. This new technique is called TENOR and it’s based on the observation that whenever an emotion arises, people will automatically interpret this emotion through one of two very different paradigms. 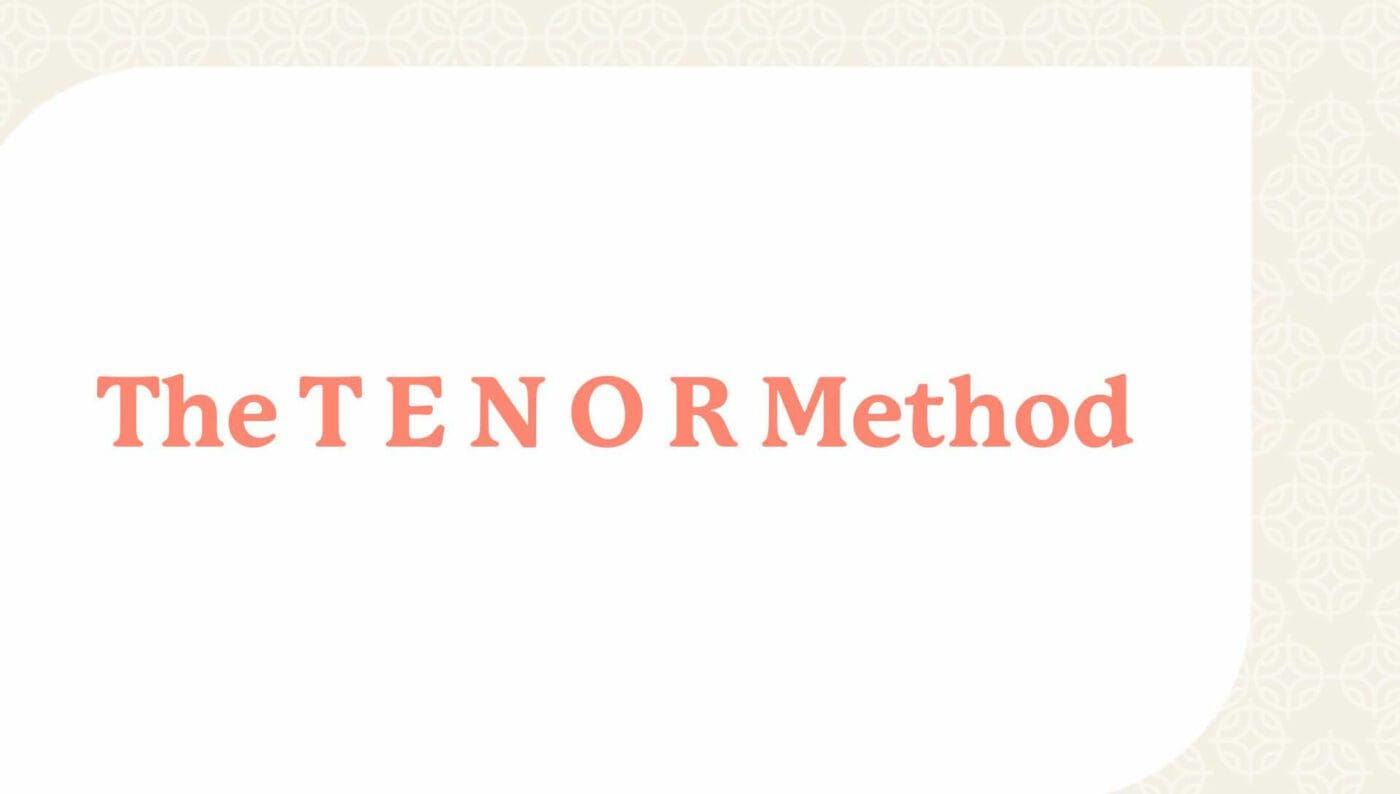 The first paradigm, which we’ll refer to as the “Circumstantial View”, views our emotions as being directly caused by what’s happening in the world. Though incorrect, this is the paradigm through which most of us have been taught to interpret our emotions.

In a study conducted by a postdoc at the University of Colorado in 2015, subjects were asked to identify something they were upset about, explain why they were upset, and take a survey to assess their current level of brooding rumination. Each subject’s explanation of why they were upset was then given to a third party to determine whether this subject was interpreting their emotions through the Circumstantial View or the Effectiveness View.

Real-life experience has borne this out. My colleagues and I have worked with hundreds of clients who were caught in brooding rumination. In every case, we found that the client was perseverating over emotions that they were interpreting through the Circumstantial View. What’s more, as soon this person shifted into the Effectiveness View, they began finding ways to resolve their painful emotion and their brooding rumination ceased of its own accord.

For example, I recently coached a woman who had been sexually abused as a child. Every time she thought about what happened to her, she felt angry and ashamed and her thoughts would spin out of control – making it difficult to work and impossible to relate. She told me she was angry at the perpetrator for the violation; angry at her mom for not protecting her; and ashamed that it had happened to her. We took each of these emotions one at a time and re-interpreted them through the Effectiveness View.

When I checked in with her a couple of days after our session, she told me that she had twice caught herself falling back into brooding rumination but, both times had been able to re-interpret her emotions through the Effectiveness View – at which point she once more felt empowered to hold mom and perpetrator accountable and no longer felt ashamed of what had happened to her innocent 10-year-old self. She commented that she made more progress in our 90-minute session than she had made in 5 years of talk therapy.

This is the power of the Effectiveness View: it nips brooding rumination in the bud, values the painful emotions you’re experiencing, shifts your attention to the life-serving needs your subconscious is trying to fulfill and prompts you to either meet or drop this need.

TENOR is a simple, reliable, method for shifting from the Circumstantial to the Effectiveness View.

For a real-life demonstration of how TENOR can be used to free someone from a negative thought loop, resolve the underlying painful emotions, and become a more effective human being, please book a Discovery Session with Guide Charles Jones.

About the Author
Charles M. Jones is the developer of TENOR and a Self-Development Coach.

And see how TENOR can be used to free someone from a negative thought loop. 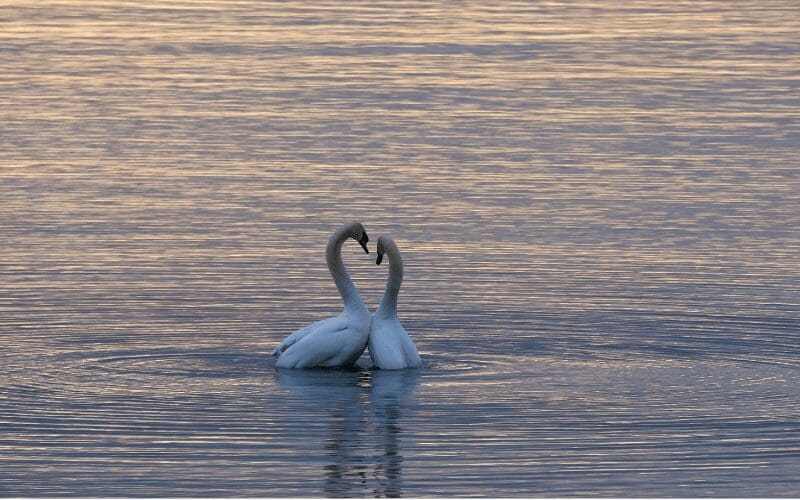 How to Overcome Fear: Fear and Choice

How to overcome fear? Sometimes fear is a choice and sometimes it is not. When fear is not a choice, it is imperative that we 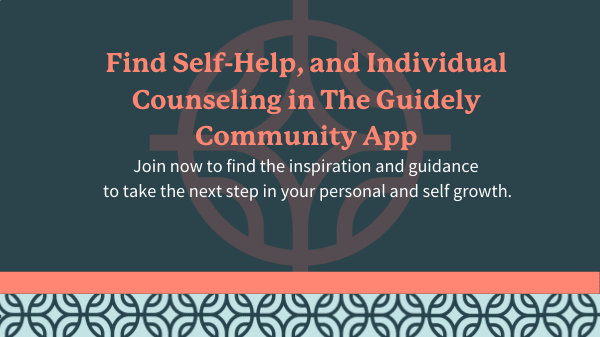 Find Self-Help and Individual Counseling in the Guidely Community App

Welcome Home to Guidely We can all agree that life takes us in many directions which can sometimes feel like a confusing obstacle. We at

Are you a mentor, coach, counselor, or healer? Do you ignite personal and spiritual growth in others?

Let us help you share your gifts with our community.

Become a Guide
Are you a mentor, coach, counselor, or healer? Do you ignite personal and spiritual growth in others? Let us help you share your gifts with our community. Learn more

Our team is dedicated to accelerating transformation and personal growth for our members by connecting them to the right Guides and providing them with a supportive community.

Meet Team Guidely
Our team is dedicated to accelerating transformation and personal growth for our members by connecting them to the right Guides and providing them with a supportive community. Learn more
hello@guidely.com

“I started working with Dr. Froswa after joining the Guidely community. Dr. Froswa is a guiding light and supportive influence in my life!

Dr. Froswa has the propensity to facilitate the growth I am seeking. She is a perceptive listener, compassionate and genuinely empathetic to how I show up in conversation. Each session she assists in developing my needs, goals and potential. I feel the growth that has taken place within myself. I am realizing that I have presence, purpose and attainable fruition of my passions. The relationships with my children are growing in a healthy and meaningful way. The relationships that are not supportive of the healthy choices I make are in a process of redefining themselves.

I feel secure, renewed, and inspired after each encounter.

Always looking forward to the next session!”